Gary Shapiro is president and CEO of the Consumer Technology Association (CTA)™, the U.S. trade association representing more than 2,200 consumer technology companies and which owns and produces CES®  – The Global Stage for Innovation.

Shapiro directs a staff of more than 160 employees and thousands of industry volunteers, leading his organization’s promotion of innovation as a national policy to spur the economy, create jobs and cut the deficit. CTA advocates for skilled immigration, free trade and eliminating regulatory and tax burdens on innovators that delay, restrict or ban products and services. CTA does not seek government funding for industry.

Shapiro has testified before Congress on technology and business issues dozens of times and led the industry through its successful transition to HDTV. As chairman of the Home Recording Rights Coalition (HRRC), Shapiro led the manufacturers’ battle to preserve the legality of recording technology and consumer fair-use rights and was an early opponent in the fight to defeat SOPA and PIPA in Congress – legislation that would silence free speech online. He co-founded and chaired the HDTV Model Station, served as a leader of the Advanced Television Test Center (ATTC) and is a charter inductee to the Academy of Digital Television Pioneers, receiving its highest award as the industry leader most influential in advancing HDTV. Most recently, Shapiro testified on a Senate Commerce, Science & Transportation Committee hearing on the risks to innovation caused by over-regulation.

In 2015, 2016 and 2017, The Hill named Shapiro one of the top lobbyists in Washington, DC. Shapiro has also been repeatedly named one of the 100 most influential people in Washington by Washington Life magazine and a Tech Titan by Washingtonian magazine. He has also held many exhibition industry leadership posts and received the exhibition industry’s highest honor, the IAEE Pinnacle Award. Under Shapiro’s leadership, CTA regularly wins awards for its success as a family friendly employer, the healthiest workplace of its size in Washington, and as a “green” tradeshow producer. In 2016, CTA earned its third consecutive selection as a Washington Post Top Workplace.

Shapiro authored CTA’s New York Times best-sellers, Ninja Innovation: The Ten Killer Strategies of the World’s Most Successful Businesses (Harper Collins, 2013) and The Comeback: How Innovation will Restore the American Dream (Beaufort, 2011). Through these books and television appearances, and as a columnist whose more than 800 opinion pieces have appeared in publications such as The Wall Street Journal, The New York Times and The Washington Post, Shapiro has helped direct policymakers and business leaders on the importance of innovation in the U.S. economy. He is considered an “influencer” on LinkedIn and has more than 250,000 followers.

Shapiro sits on the State Department’s Advisory Committee on International Communications and Information Policy, the USO of Metropolitan WashingtonBaltimore Board of Directors, and the American Enterprise Institute Global Internet Strategy Advisory Board. He is also a member of the No Labels Executive Council and the United Nations Global Alliance for Information and Communication Technologies and Development Panel of Advisers. He served on the Commonwealth of Virginia’s bipartisan Commission on Information Technology, which created policy positions for using the internet as a medium for business. He has also served on the Northern Virginia Technology Council Board of Directors, the Economic Club of Washington and on the George Mason University Board of Visitors. He has been recognized by the U.S. Environmental Protection Agency as a “mastermind” for his initiative in helping to create the Industry Cooperative for Ozone Layer Protection (ICOLP). And he is a member of the Churchill Club’s 2018 Academy.

Prior to joining CTA in 1982, Shapiro was an associate at the law firm of Squire Sanders. He has also worked on Capitol Hill as an assistant to a member of Congress. He received his law degree from Georgetown University Law Center and is a Phi Beta Kappa graduate with a double major in economics and psychology from Binghamton University. He is married to Dr. Susan Malinowski, a retina surgeon.

All sessions by Gary Shapiro

OPENING KEYNOTE: Gary Shapiro on the Secrets of the Trade Show Ninja 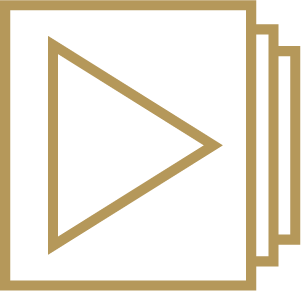 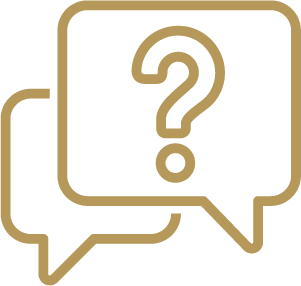